Mid-Conference Excursion to Western Ghats is a Day Trip to Athirappally-Vazhachal-Malakkappara (8 AM to 7.30 PM)

After an early breakfast, drive to Athirappally (2 Hour Drive). On arrival, go for a two hour trek through the sanctuary borders. Later visit the waterfalls followed by lunch at a nearby resort. Afternoon, drive to Malakkappara through Sholayar Forest Ranges. By evening drive back to Cochin.

The drive from Chalakudy to the Athirappilly Falls passes through a landscape of winding roads, small villages with agri farms on one side and lush green forest on the other side.The pavement to the top of the waterfalls is done nicely. The tourists are assisted by lifeguards throughout the visting hours. This forest range is a suitable spot for trekkers which could be done from Vazhachal.

Athirapally waterfall nicknamed as “The Niagra of India”, is situated in Thrissur district of Kerala, on the southwest coast of India. Located on the west-flowing Chalakudy River near the Vazhachal Forest Division and the Sholayar ranges of the Western Ghats. This 42-metre high waterfall and the nearby Vazhachal Falls are popular tourist destinations.It is situated on the border of Sholayar Forests of the Western Ghats in South India.These waterfalls are perennial, and fall from an average h eight of 300 meters above sea level.

The protected forestland of Athirapally & Vazhachal is one among the world’s top biodiversity hotspots, as it serves as a home to endangered, as well as some threatened species of flora and fauna. Athirapally & Vazhachal also draw attention of biologists because its forest ranges are situated at a low altitude of just 300mts, which in itself a unique phenomenon in the whole of Western Ghats.

This place supports the natural riparian ecosystem and this ecosystem consists of about 319 species of flowers out of which 24 are endemic to the Western Ghats and 10 are rare and endangered. Out of 85 species of fresh water fish found in River Chalakudy, 35 are endemic and 9 are endangered species. Forest wildlife in the area includes the Asiatic elephant, tiger, leopard, bison, sambar, and lion-tailed macaque. The unique 180 metres (590 ft) elevation riparian forest in the Athirappilly-Vazhachal area is the only location where all four South Indian species of hornbills — the Great Hornbill (the State Bird of Kerala) , Malabar Pied Hornbill, Malabar Grey Hornbill, and the Indian Grey Hornbill are found living together.

Plantations in the area contain teak, bamboo, and eucalyptus.Its been said that the Vazhachal forest division is the second most biodiverse area in the State. The International Bird Association has declared it an ‘Important Bird Area' and the Asian Nature Conservation Foundation has recommended that the area should be declared a sanctuary or a national park. The Wildlife Trust of India says it represents one of India's best elephant conservation efforts. 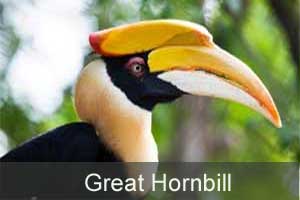 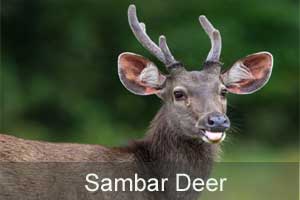 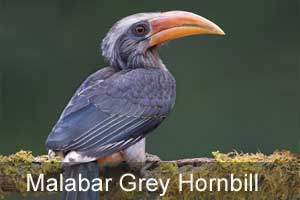 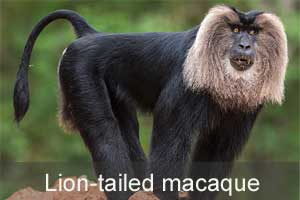 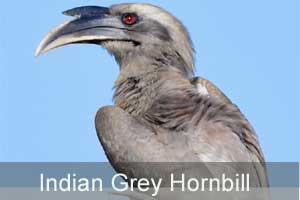 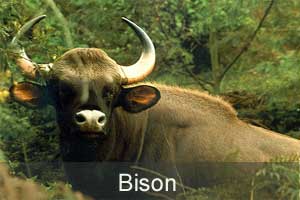 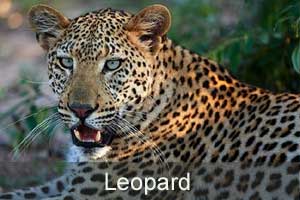